A woman in India managed to protect herself against multiple threats on Friday night, thanks to her pepper spray.

The Hindu reports, the woman pepper sprayed a group of six who attempted to rob her.

After taking public transportation, the woman took an auto rickshaw to her home in Vigyan Nagar located in Central India. The driver stopped the vehicle in an isolated area and the woman was suddenly surrounded by muggers. The woman told the police muggers groped her and made off with her jewelry.

In the midst of the attack, she was able to pull out her pepper spray and spray the muggers. After the attackers were blinded, she escaped

Violent attacks in India like this one are sparking international discussions about how women can protect themselves against dangerous threats. Even though India may seem far away, too many people think something like this will never happen to them. But the reality is, it’s happening everywhere, including in the U.S. Nearly 10,000 college students are victims of aggravated assault and robbery every year. In addition, there is an average of 237,868 victims (age 12 or older) of sexual assault each year. 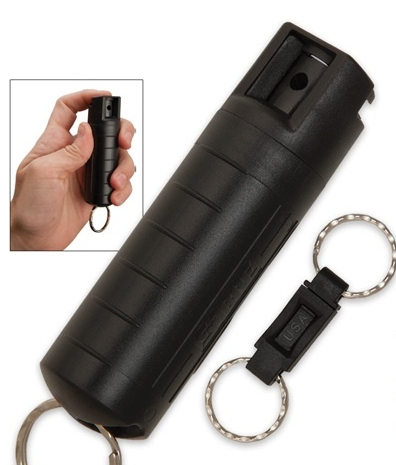 But in addition to providing a superior product, SABRE wants those carrying it to understand how to properly use pepper spray.

SABRE offers classes that will educate you in the proper use of pepper spray, teach you about the criminal mindset, how to identify dangerous situations, and techniques to escape safely.

Being prepared with a pepper spray canister is great, but training your mind to be prepared will only help you.