Boise, Idaho - City Police are searching for a suspect who tried to reach into a woman’s car and take her purse. The woman quickly grabbed her purse to retrieve her pepper spray and sprayed the man.

KMTV reports, the woman was sitting in her parked car while her passenger side window was open. A man approached her car asking for change and when the woman responded that she didn’t have any, the man attempted to steal her purse. She then grabbed her purse to retrieve her spray and sprayed the suspect. After being sprayed, he ran off into a different direction.

As you read, the man initially asked for change, and immediately resulted to thievery when he didn’t like what he heard.

Attackers often find ways to distract you before they make their move. Common tactics would be asking for directions, asking if you have the time, or asking if you need assistance. In this case, a man asked for change with the intent of stealing.

Here are a few tips in the case of an unwanted encounter with a stranger:

Pepper spray is an effective way to protect yourself at a safe distance. The woman was able to take control of the situation by using her pepper spray.

What would you do if you were in her shoes?

Be smart and be prepared with SABRE Red Pepper Spray We offer pepper sprays like the one pictured below and many others which are all made uniquely for different situations. 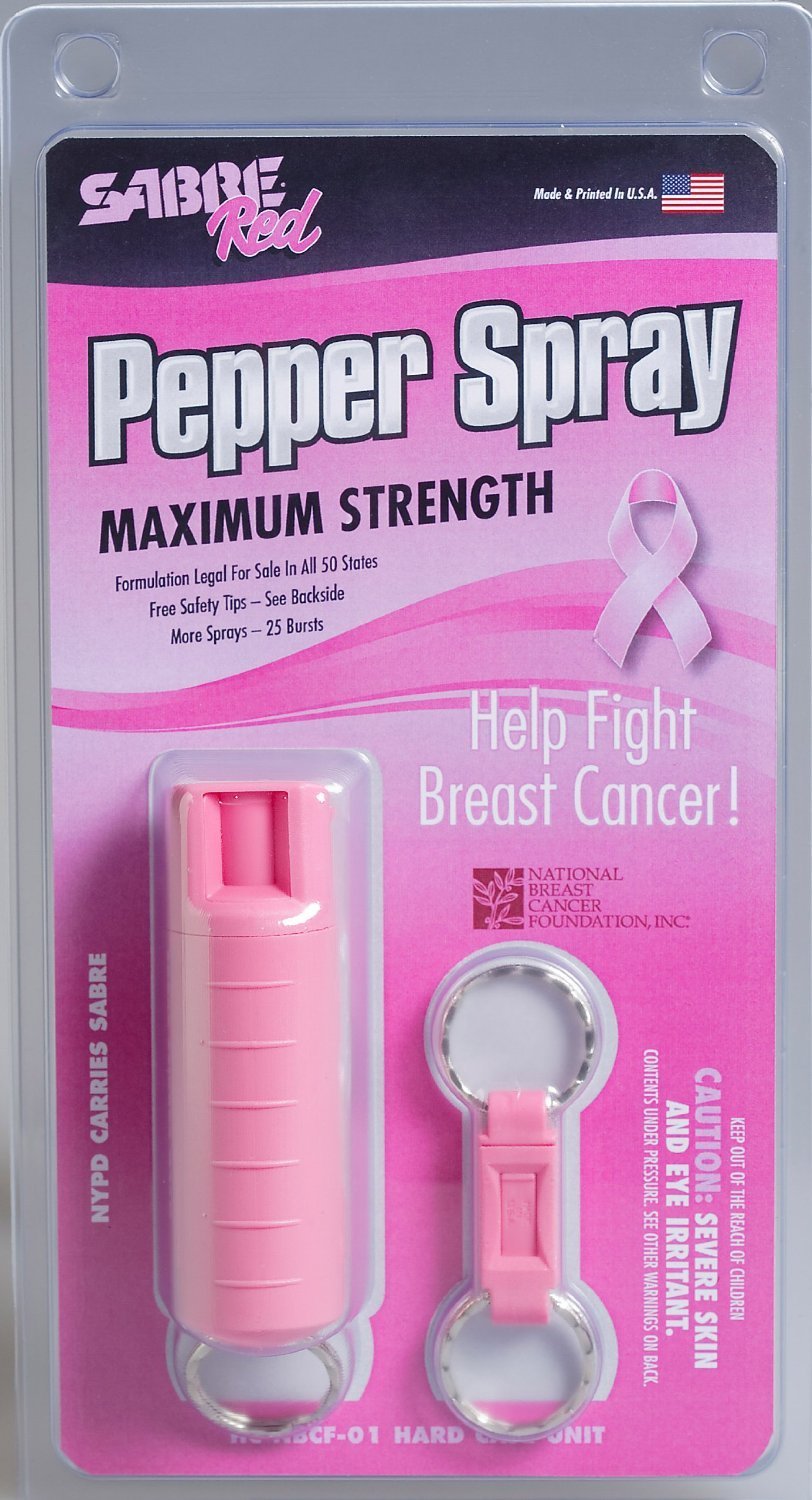 Visit sabrered.com to find and purchase the SABRE Red Spray that works best for you!