Bear Encounter In The Wild

Whether your outdoor adventures take you away for a few hours or a few days, it’s vital to have a safety plan in place and know what to do if you encounter a bear. Explore confidently with EPA-approved bear safety products designed with you and the animals in mind and with the knowledge and skill to properly use bear spray and defend yourself when faced with a threat.

Continue reading to learn what to do if you do happen upon a bear.

Ready to Get Your Bear Safety Gear?

Encountering a Bear in the Wild: What to Do 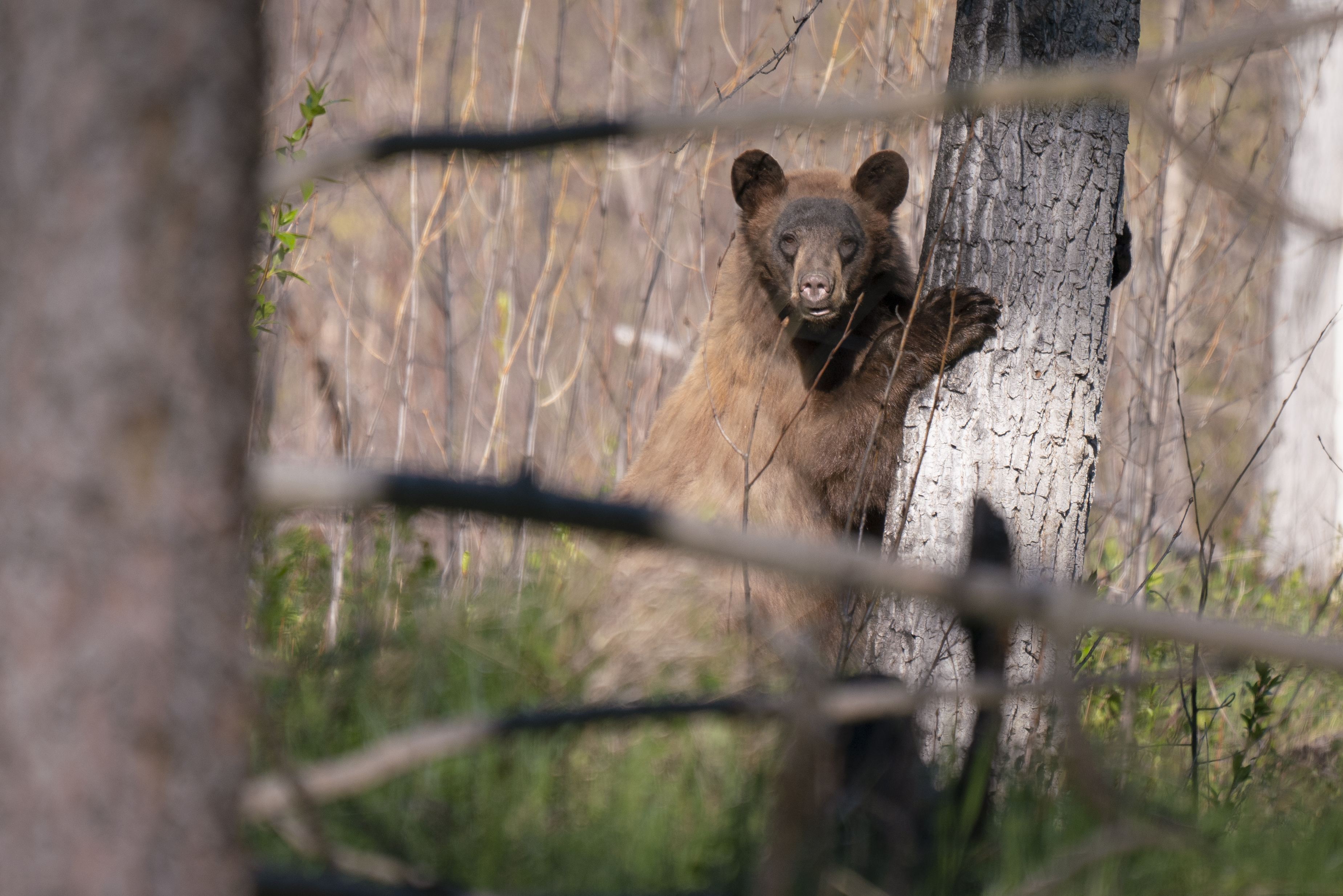 When you see a bear from afar, you should keep your distance and make it known to the bear that you are in the area. If a bear knows you are around, it will likely steer clear of your path. Carry noise-making devices like a bear horn and bear bells to alert the bear to your presence, and if they come in closer proximity, begin talking to the bear in a calm manner.

A Close Encounter, a Charge, or an Attack: Use Bear Spray

'If it’s brown lie down, black fight back’ is a common phrase used by outdoor enthusiasts as a reminder on how to interact with a bear in the wild. The problem is that it’s not always apparent what type of bear you’re dealing with, especially when fight or flight kicks in. For example, the bear in the image to the right is a black bear, but the majority of its fur is brown.

When a bear is nearby or begins charging toward you, do not run away. To a bear, running away is threatening and will make them more likely to attack. Calmly speak to the bear and back away slowly, as you simultaneously begin reaching for your bear spray canister. Be ready to deploy a burst toward the bear if it gets too close.

Check out the video link below of Wildlife Photographer, Curtis Matishwyn, encounter with a black bear. 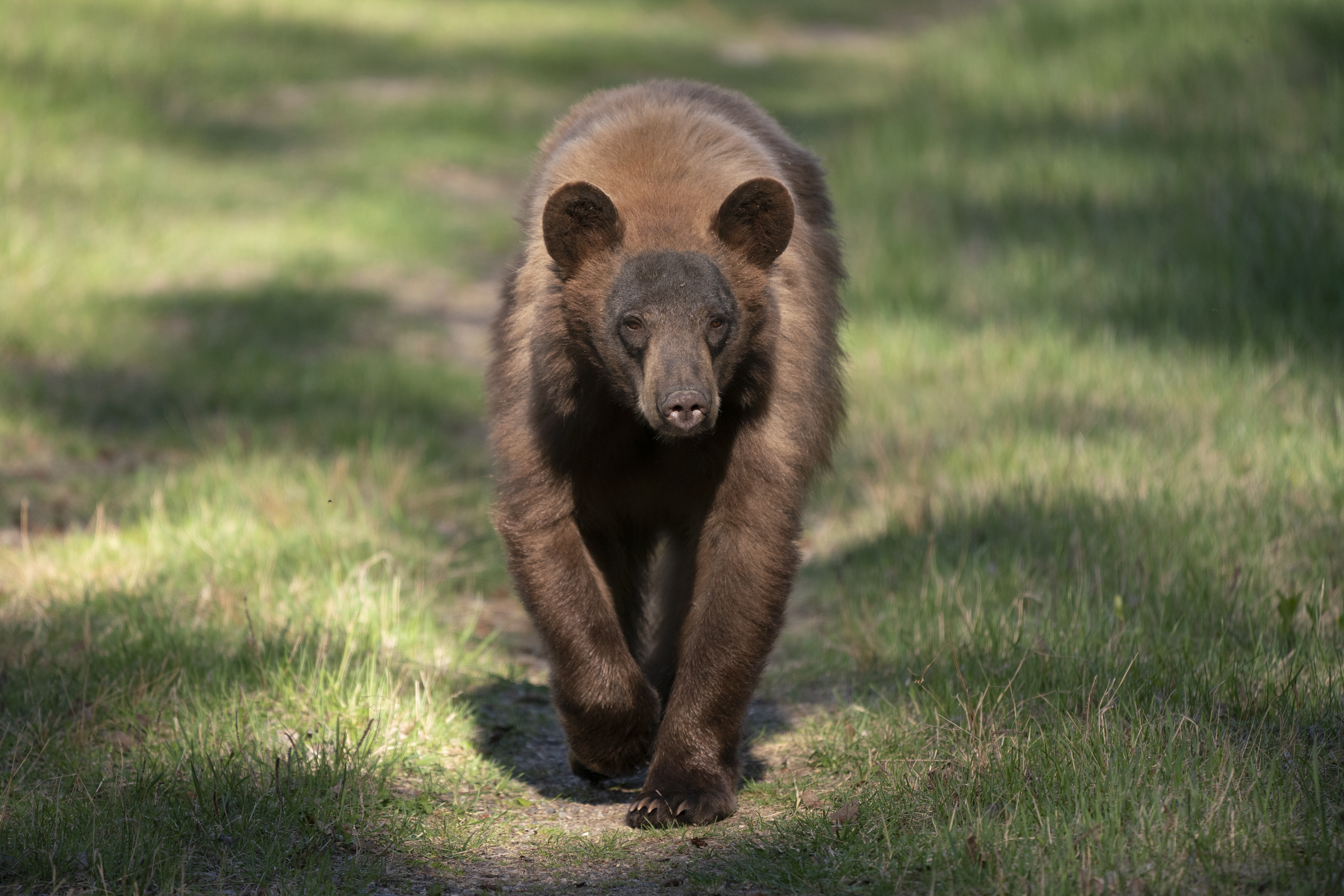 How to Use Bear Spray 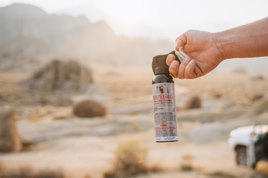 Contrary to popular belief, bear spray should not be sprayed straight ahead with your arm fully extended at a 90-degree angle. Instead, it should be deployed downward at a 45-degree angle. Pointing the spray angled downward provides a better chance of hitting the bear in its face, whereas spraying at a 90-degree angle could lead to the spray going over the bear’s head. Start by deploying a two-second burst toward the charging bear, followed by one-second bursts until the bear retreats.

How to Use Bear Spray Video

How to Carry Bear Spray 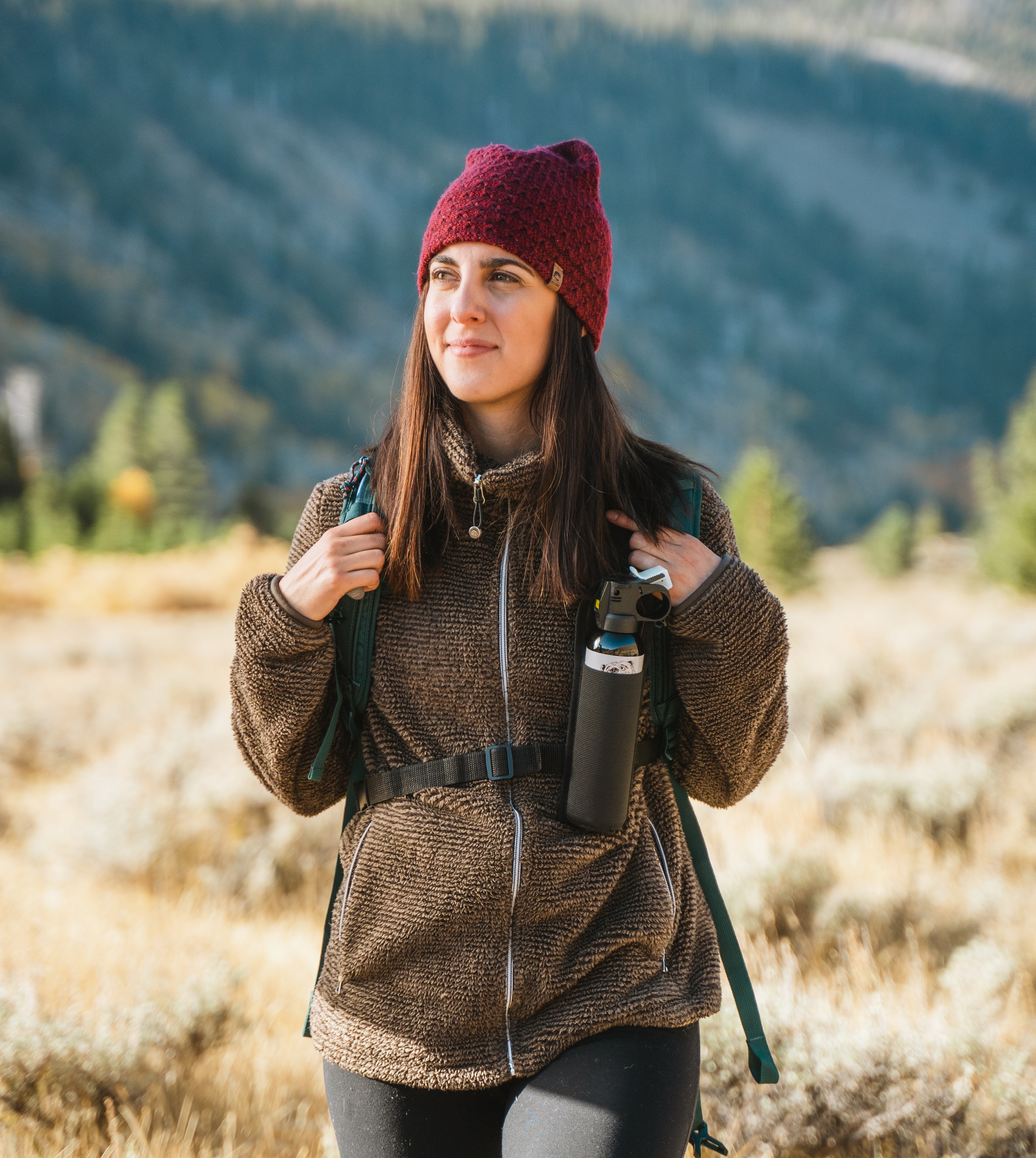 To be able to use your spray in an threatening situation, it needs to be accessible, not stored in an unreachable place like your hiking backpack. Carrying bear spray in a quick action hip holster or 3-in-1 holster with belt, chest, and carabiner options makes your canister readily available at a moment’s notice when faced with a threat. Remember, practice makes you prepared. Before you head out into bear country, practice withdrawing your bear spray canister from its holster and removing the safety mechanism. If you are practicing with an inert (or water-filled) canister, you can also practice deploying a one-second burst.

Bear spray is legal to carry in most United States National Parks, except for Yosemite and Sequoia & Kings Canyon park. Park managers recommend park visitors carry bear spray to reduce the risk of bear-inflicted injuries, but a survey conducted in Yellowstone National Park found that only 52% of overnight backpackers and 13% of day hikers comply with these recommendations. Always double check local park regulations on bear spray and ask about recent wildlife encounters so you can know what to expect.