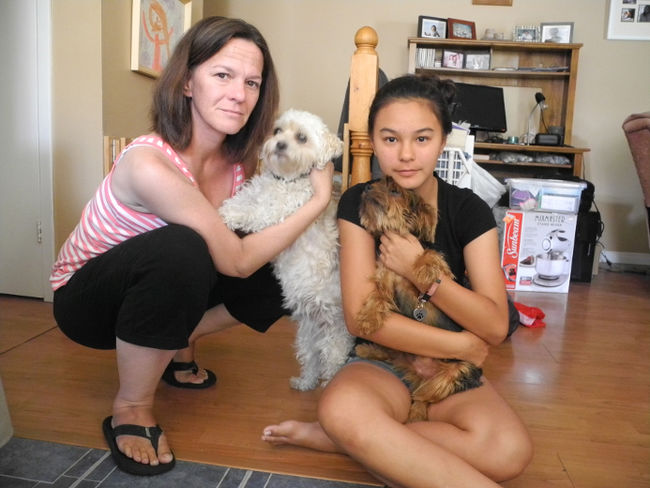 After an unfortunate dog attack, owners were saddened to put down their small seven-pound Yorkie. The owners are now pleading with authorities to ensure that no one else has to experience what they went through.

Parristar’s online news reports a woman, Desiree Churchill, was walking her 3 small dogs last Sunday afternoon when a large dog mauled one of her dogs after escaping out of a neighbor’s house.

"They got out of the house and started running toward us and Mia huddled in a ball. He picked her up and started shaking her," explained Churchill as she choked back tears.

"I was using the leash handles to try and hit him but it didn't do anything. Finally a couple of guys came from the house and the dog let go and started running down the street."

Churchill went to the veterinarian and X-rays showed Mia had three broken ribs, a gaping wound exposing her intestines and a possible hernia.

After Churchill learned the procedure would cost $4,000 to $6,000, she decided she would have to put little Mia down.

Churchill's sister, Sandra Churchill, went to the neighbour's home to inform them the dog was dead.

"They were very blasé and one guy was holding the dog back while it was growling. His excuse was that one of the dogs was in heat but this is the second attack we know of."

It has been said that neighbors have complained to the SPCA about the dogs' aggressive natures in the past.

The Churchills reported the incident to the police who have referred it on to the SPCA for further investigation.

SPCA agent Ian Harrower said the SPCA gets a large number of calls about dog-on-dog attacks and dog-to-human bites.

"It's very high volume. At least once or twice a week someone calls about a problem. Many of them, like this one, are very serious."

Everyday about 1,000 Americans need emergency care for dog bites. There’s no need for you to join that number.

SABRE providesProtector Dog Attack Deterrent which is designed specifically to help you in these dangerous situations. This natural pepper spray is strong enough to deter most dogs without causing long-term pain or injury. 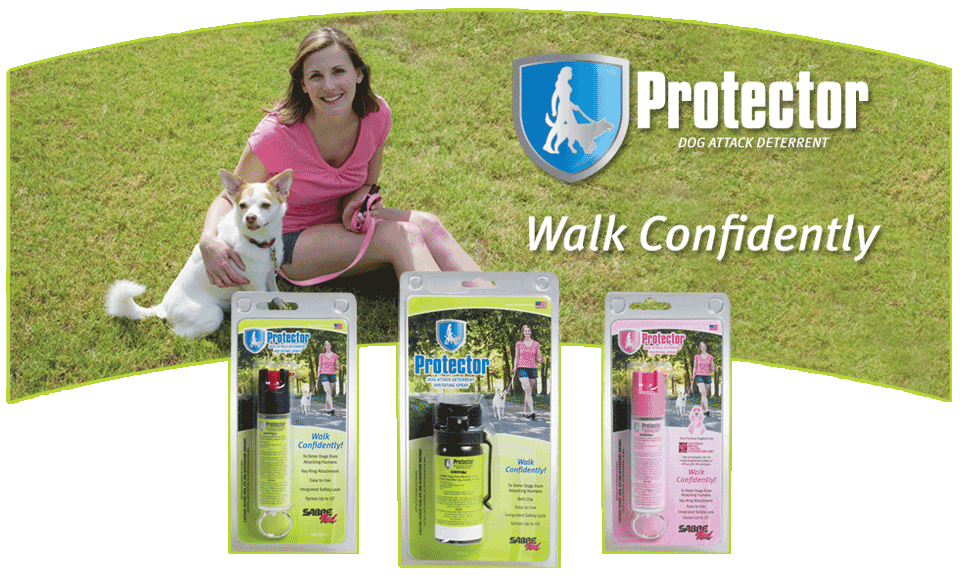 Walk confidently with Protector knowing you’ve done as much as you can to protect yourself and your dog in an effective and humane way.