Safety Tools to Carry on Your Run

Runner's World published the article, "Five Ways Your Cell Phone Can Protect You". It also discusses other personal safety products you can carry with you on your run.

See the article below.

You don’t have to start running with pepper spray on every run, but it’s a good idea to carry your smart phone, advises Paul Grattan Jr., a policing fellow at the National Police Foundation and a sergeant with a major metropolitan police force. And make sure it’s fully charged before you head out.

“A cell phone is your most powerful tool in many ways,” he says. In addition to taking a video to document a harasser when possible, you can use it to:

Download an app that allows friends and family to monitor your location while you run. We like AllTrails Lifeline or RoadID, which alerts your chosen contacts if you stop moving or go off course and don’t respond to the app’s alerts. Or, call or text a friend to let them know you’re headed out for a run and send a pin with your starting location.

If you’re running through a sketchy area or feel like you’re being followed, call someone. (Or even pretend to.) Tell them where you are and start an ongoing conversation. It tells the harasser that you’re not really alone and that you can easily get help. “Criminals prefer as ideal an environment as possible when selecting targets or choosing when to act, and anything that disrupts that is beneficial,” Grattan says.

Send Out an SOS

Check your phone’s emergency features. That way you won’t be trying to figure it out when you need it, Grattan says. For example, on an iPhone you’ll want to be familiar with your Emergency SOS feature. After a countdown, the phone will automatically call local authorities, as well as text your emergency contacts your current location and updates whenever your location changes. (Here’s how to set it up.) For an Android phone, the process is similarly easy, and you can get the latest instructions here. 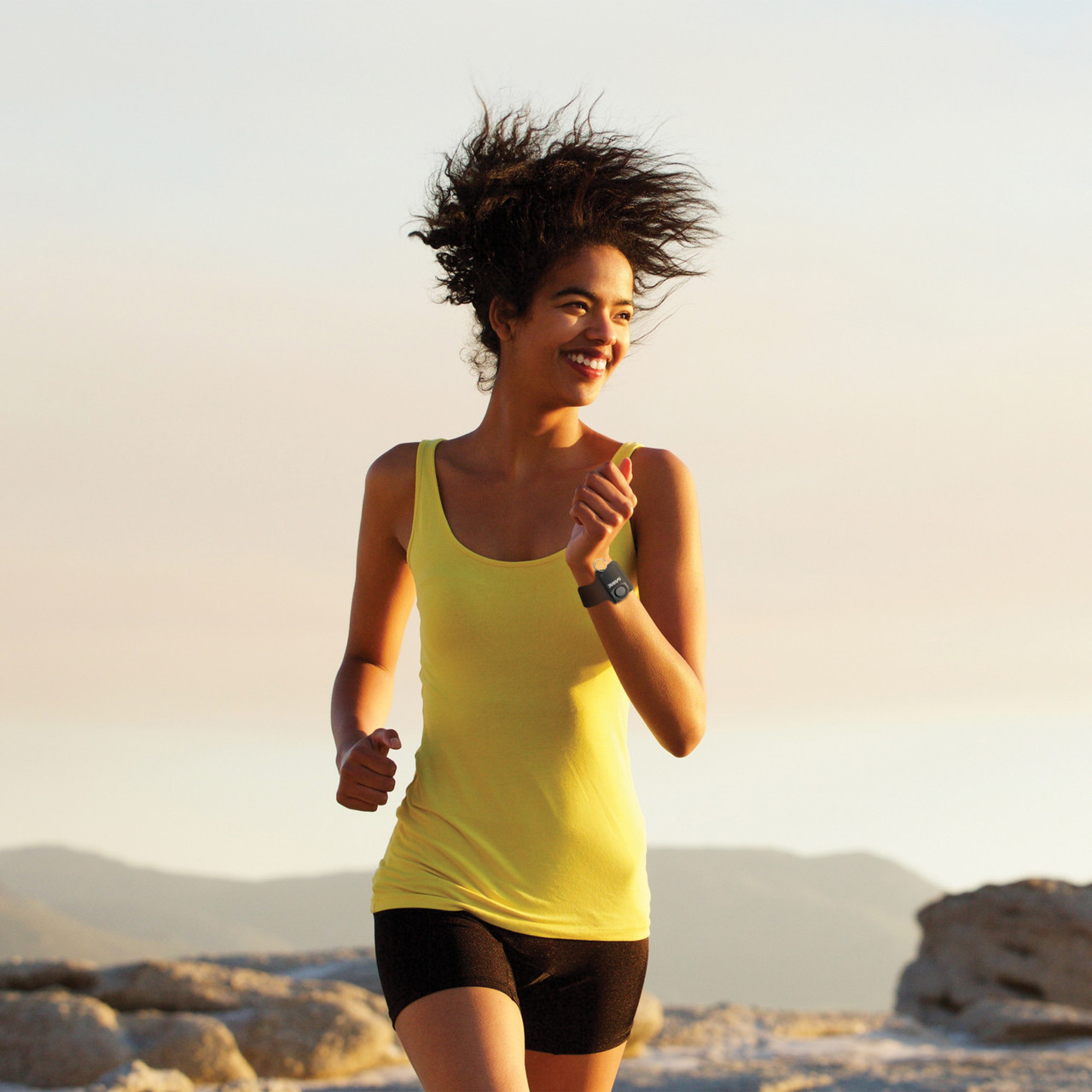 SABRE Runner Personal Alarm with Adjustable Wrist Strap
$9.99 AT SABRERED.COM
This signals to anyone in a 1,000-foot radius that you’re hurt, in trouble, or in need of help with a piercing, 130dB alarm. It conveniently straps around your wrist, is incredibly light, and is made with reflective material for added visibility. 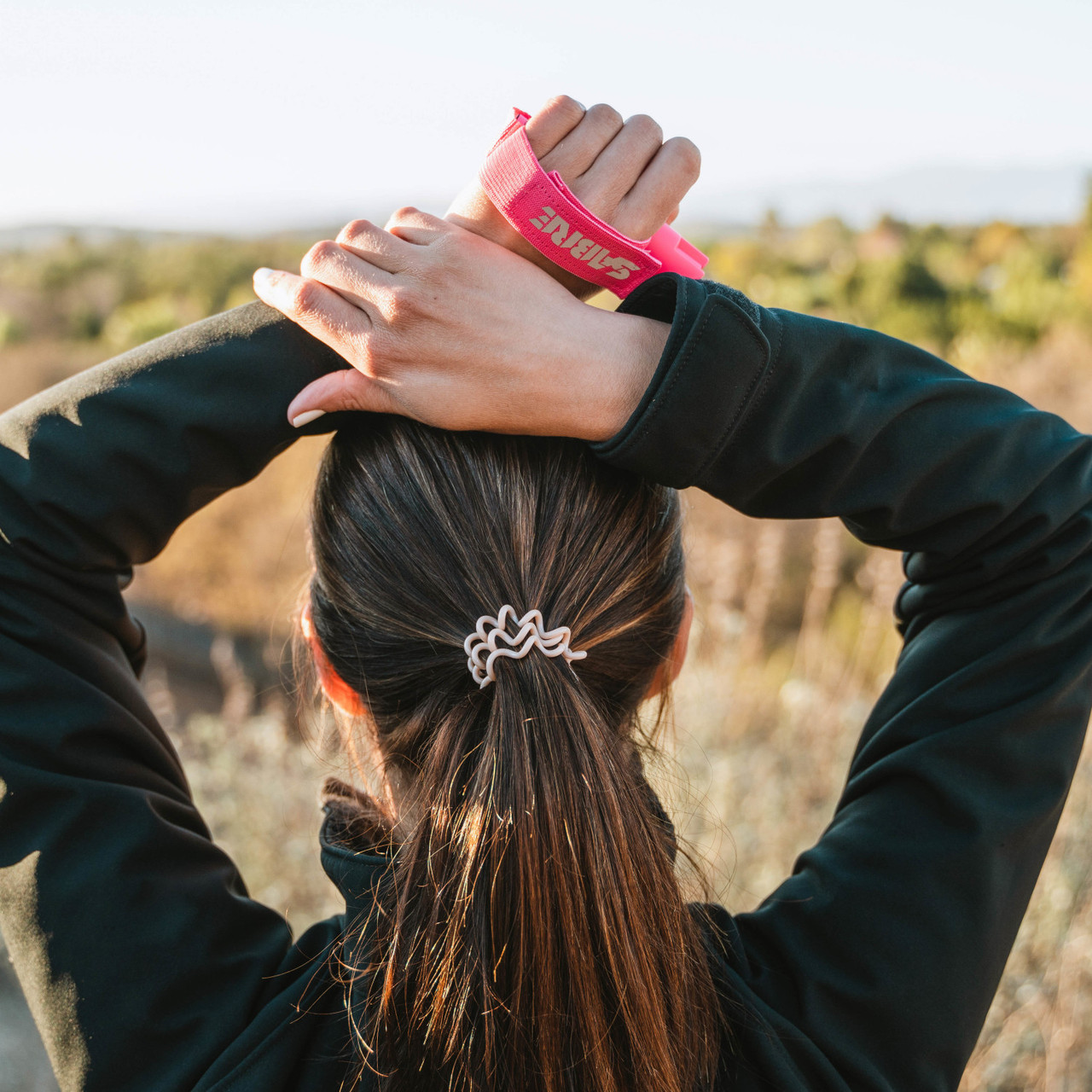 $12.99 AT SABRERED.COM
Carrying pepper spray on the run doesn’t have to be clumsy and heavy. This palm-sized spray fits perfectly in your hand and stays put with an adjustable wrist strap. Though it’s small, it’s powerful.

“I’ve encountered many people who say they didn’t want to call 911 because they didn’t think it was serious enough,” Grattan says. “If your instinct tells you something is suspicious or troubling, you can call 911.” This will do two things: generate a police response and log your location (you should report it to the operator, though many jurisdictions will get it automatically via the 911 system). “In all my years in law enforcement, I never felt aggravated about someone’s choice to call us,” Grattan says.

If you’re actually being attacked, your phone can help you fight back. While it may not be an ideal weapon, “it is a blunt instrument that could be used to strike an attacker in the face,” Grattan says. Really, anything you’re already carrying can be used to your advantage. “Having any object in your hand to defend yourself is better than none,” he says.