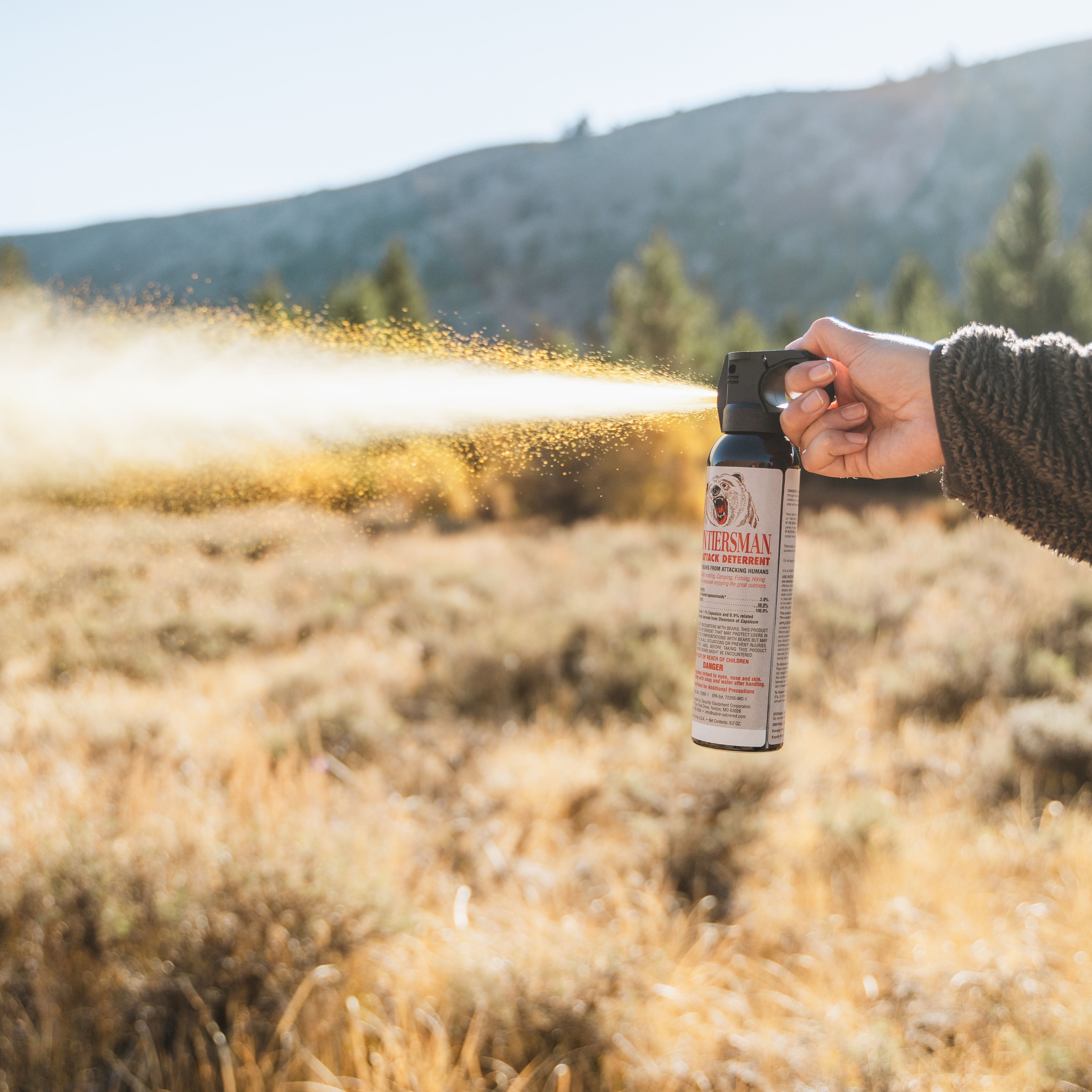 What’s the difference between bear spray and pepper spray?

Bear spray and pepper spray are both made with the same active ingredient, a substance made from peppers called oleoresin capsicum. The difference lies within the strengths of the formulas. Pepper spray is designed to temporarily incapacitate a human attacker. Bear spray contains a higher concentration of the active ingredient – making it the stronger spray - and is designed to be shot at a further distance from the attacker. Bear spray can cause the swelling of a bear's mucous membranes, shortness of breath and psychological effects such as panic, causing the bear to turn away and seek relief from the nearest water source.

Which should I carry - Bear Spray or Pepper Spray? 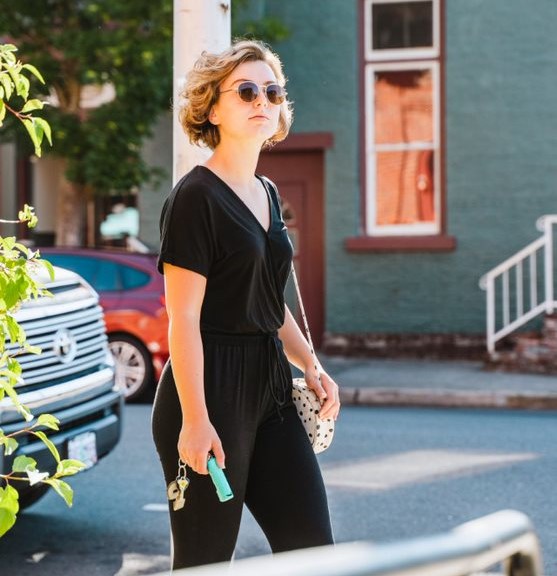 Which is stronger – Bear Spray or Pepper Spray?

Which is More Effective - Bear Spray or Pepper Spray?

Bear spray should only be deployed against bears because bear sprays can contain up to 2.0% Major Capsaicinoids, making bear spray much more potent and effective. Studies (Outside Online) have also found that because bear spray requires less aim, due to its fog delivery, covers more ground, and can be immediately accessible (numerous carrying holsters options) that the success rates of using the spray range from 90-98%. Meanwhile, humans are injured in 50% of bear confrontations when firearms are used to deter the bear.

Pepper sprays can be incredibly effective against warding off human attackers. They’re an easy and quick form of self-defense (learn how to use pepper sprays in this video). When correctly used, pepper spray causes temporary blindness and can also cause intense irritation to the eyes, nose, and mouth – giving you the opportunity to escape to safety. However, if you tried to use a human pepper spray against a bear, it would likely not be effective. Instead, you would likely have to get within 12 feet of the bear which would put you at an increased risk of danger. Always take bear spray with you when in bear country and leave pepper spray for protecting yourself against humans. 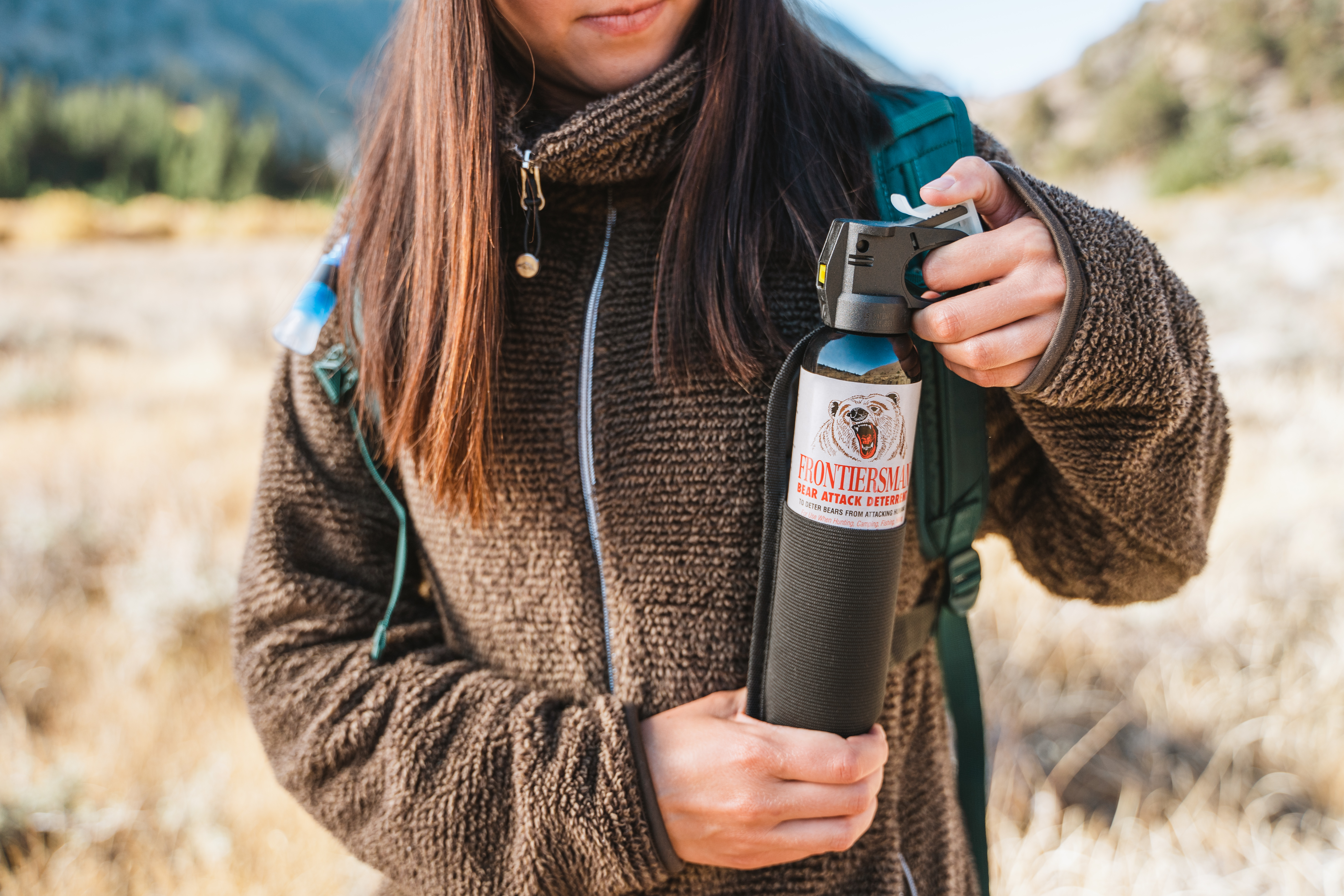 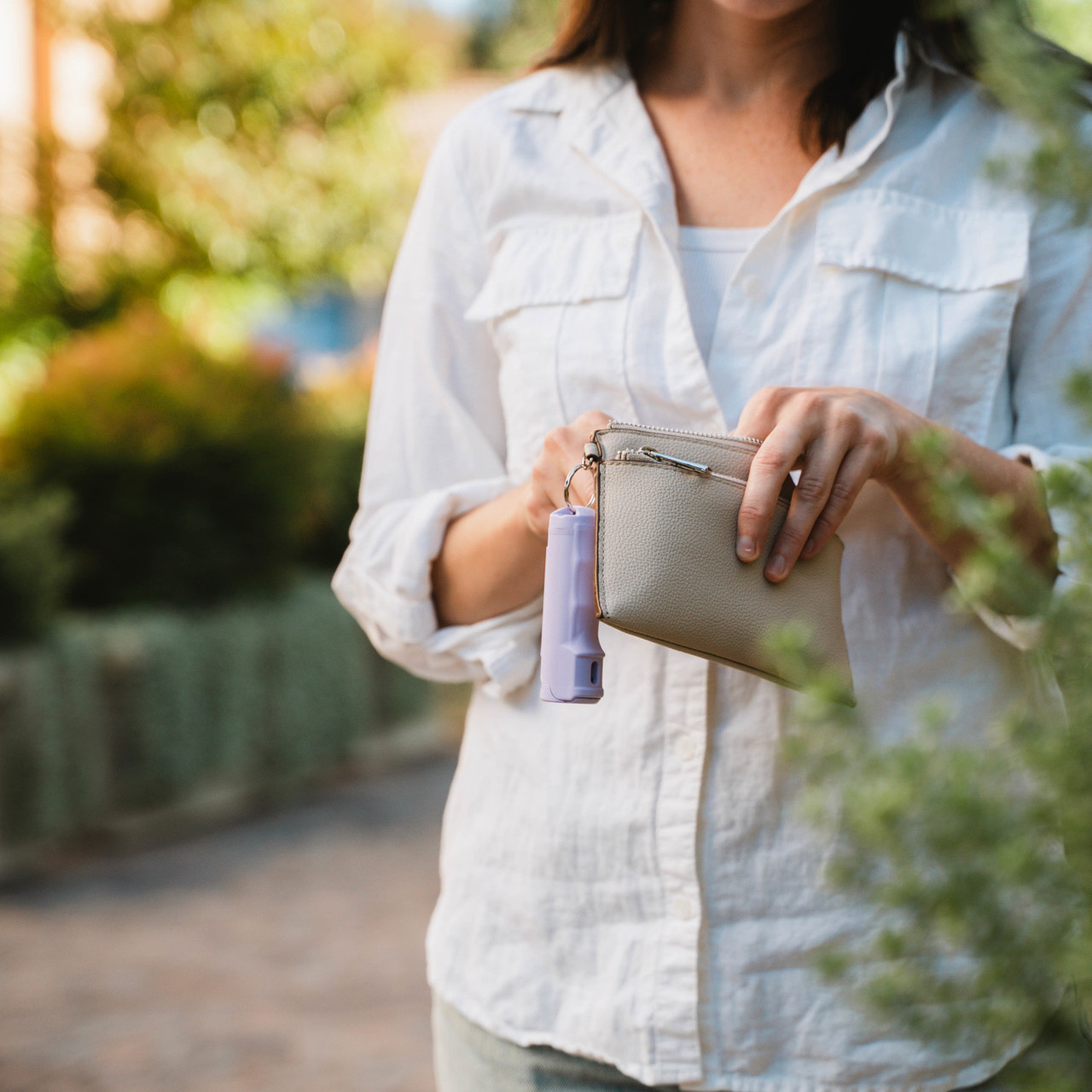 Are They Easy to Carry?

Both SABRE’s pepper sprays and bear sprays come with options making them easy to carry. We offer a variety of pepper sprays and gels with key rings, snap clip keychains, quick release keychains, holsters, or a belt clips. Our bear sprays are available with Velcro-free holster options, including a belt holster, chest holster, and a 3-in-1 holster (belt, chest, and carabiner) for all your carrying needs.